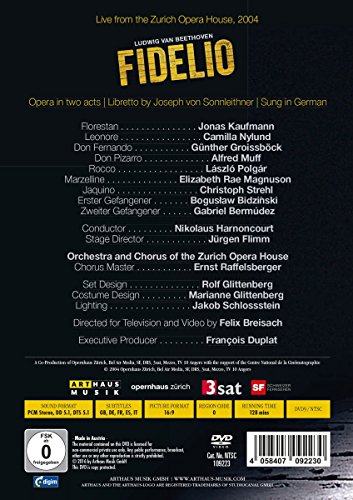 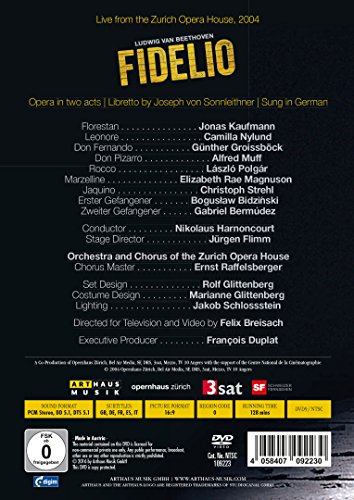 This release is a live performance of Ludwig van Beethovens Fidelio, filmed at the Zurich Opera House in 2004. Jonas Kaufmann stars in this opera, playing the role of Florestan- a role for which he became famous. Legendary conductor Nikolaus Harnoncourt is universally celebrated for his interpretation of opera plots. He once called this work a hymn of praise to marital love.