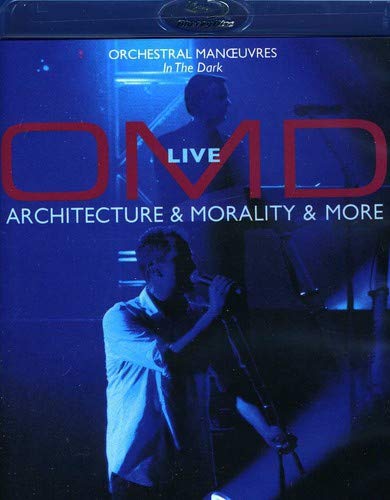 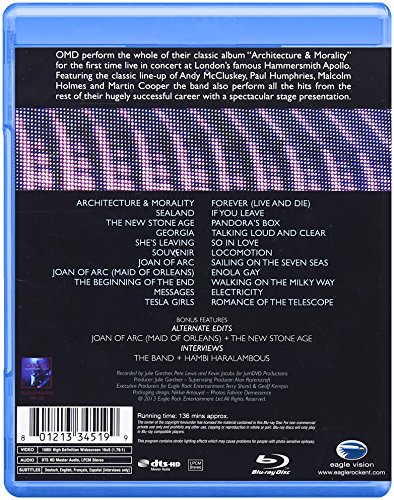 Architecture & Morality, originally released in 1981, is considered by many to be the pinnacle of Orchestral Manoeuvres In The Dark’s career. It spawned three Top 5 UK singles and the album itself peaked at No.3. In 2007 Andy McCluskey and Paul Humphreys reunited with Malcolm Holmes and Martin Cooper as OMD for an extensive tour of Europe. For the early part of this tour, including this concert filmed in high definition at London’s Hammersmith Apollo in May, the concert was split into two halves. The first part of the evening was a complete performance of the Architecture & Morality album, while the second half was a greatest hits set covering the rest of the band’s illustrious career. The concerts were spectacularly presented with films specially created to compliment the songs running on huge screens around the stage. This is OMD at their best.

Bonus Features:
Alternate edits of: (1) Joan Of Arc (Maid Of Orleans) (2) The New Stone Age
Interviews with the band and director Hari Haralambous 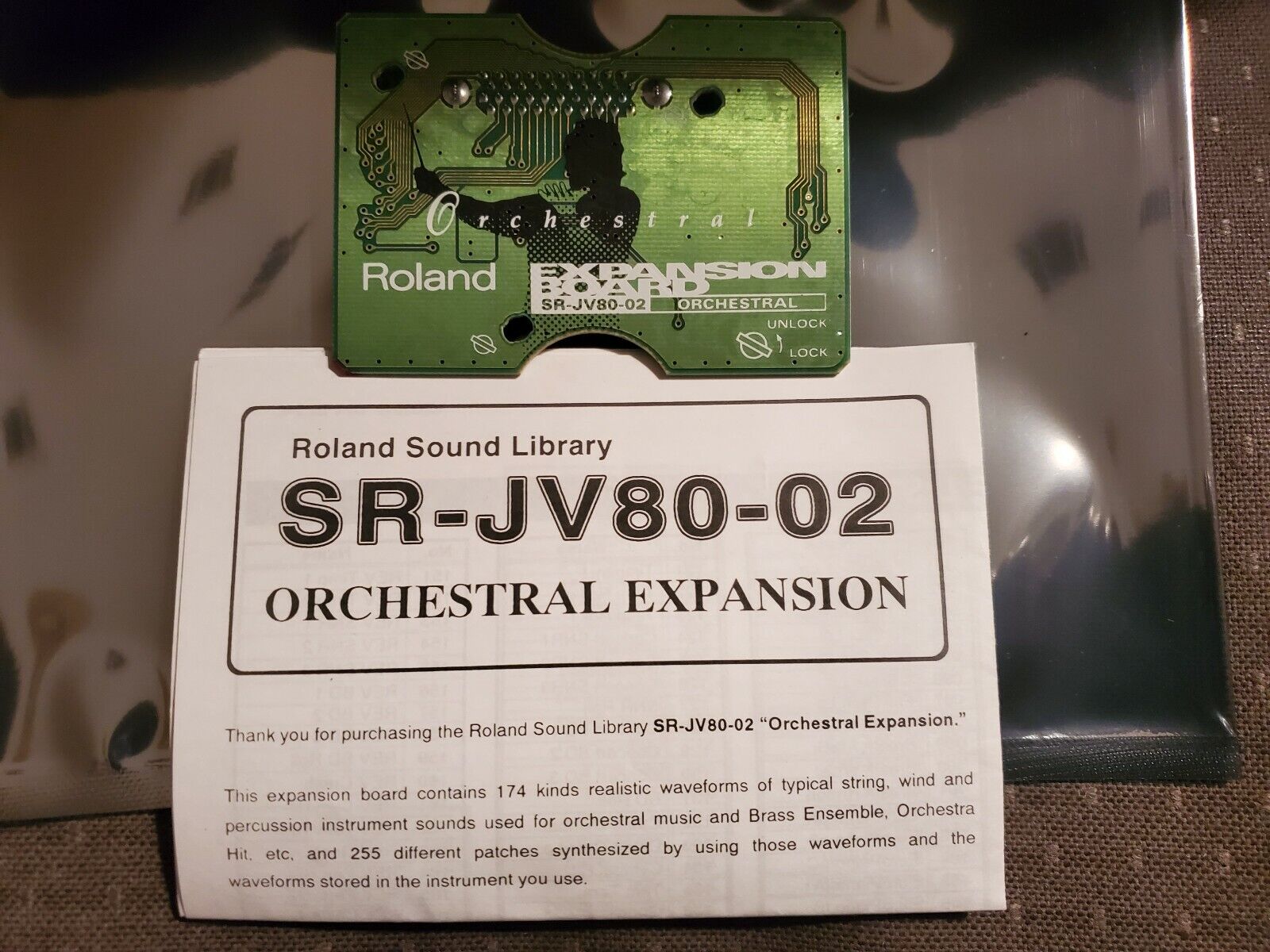 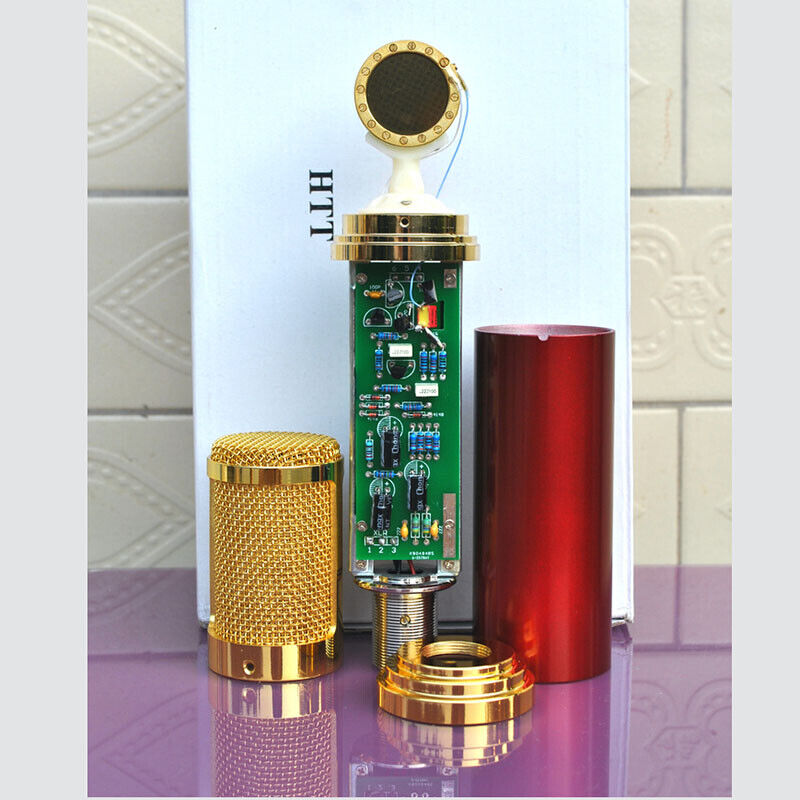 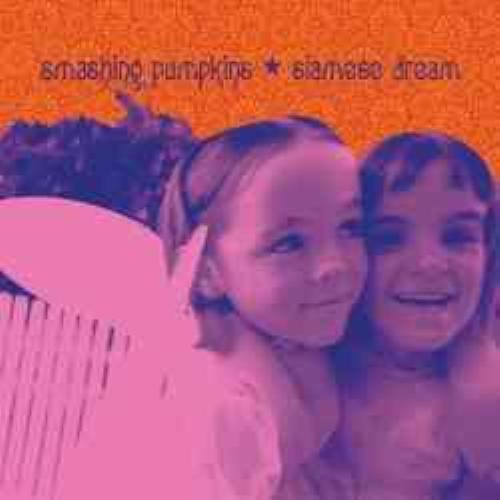 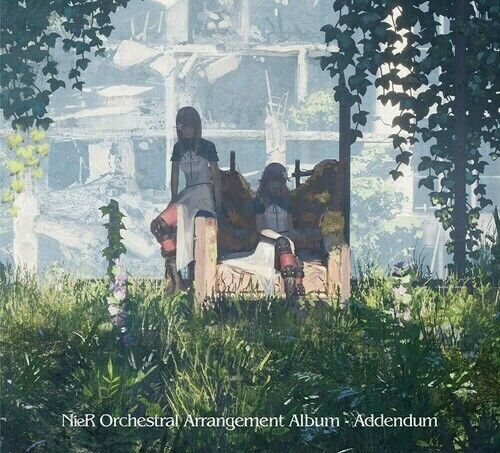